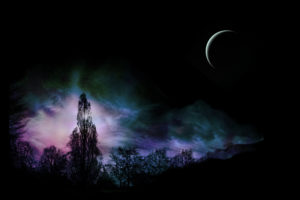 Bloodline Feather Preview Accompanying his aunt, Sasha Deleaney, on a book tour, Dorrian Clery learns the author not only writes under a pseudonym, she also lives in hiding.

Early in the tour, Dorrian and Sasha realize they are being followed, and welcome the company of Thol Wolfe, another touring author.

The stalking continues and the teen turns to a magical bloodline feather for help. If, like Dorrian, one belongs to a Senso bloodline, you can activate the feather to summon the guardian, Zhiab.

The guardian repeatedly warns Dorrian of danger, and reminds him he is neglecting the opportunity to develop his special gifts.

Dorrian takes the guardian’s warnings lightly until a stalker is murdered. Even then, he is not a diligent student.

With the book tour winding down, Dorrian sister, Paisley, joins them. Originally planning to go to Sasha’s Creekside apartment, the trio are diverted to Ravensglen, a lodge controlled by the theaghlach.

Dorrian senses danger, but the thirty-five days have passed. The bloodline feather is unresponsive and Zhiab is gone.

Is it too late for Dorrian to awaken the powers he now so badly needs?

New editions of Bells of Prosper Station and Black Springs Abbey have been released just in time for your summer reading pleasure. While you’re awaiting Bloodline Feather, Book 3 in the series, you will definitely want to acquaint yourself with the first two books. Both are currently available on Kindle.

Black Springs Abbey (Curious Tales from Creekside Book 2) Five years after returning from captivity in the eerie dimension of Vapourlea, Hilma Moonstorey is still beset by anxieties and insecurities. Encouraged by young police constable, Garth Mayfield, to take a position at a dilapidated abbey on the outskirts of Black Springs, Hilma soon discovers that the abbey houses not only elderly nuns but ghosts and dark secrets.