Indigence Presence in The Shushan Citadel 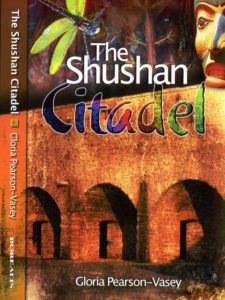 When the shocking and heartbreaking news first broke of numerous indigenous graves discovered at residential schools, I wondered if my past writing treated indigenous peoples with the respect and authenticity they deserved.

With this in mind, I scanned the pages of The Shushan Citadel, a work of speculative fiction published by Borealis Press in 2007. A third of this futuristic story draws upon Indigenous culture, traditions and spirituality. 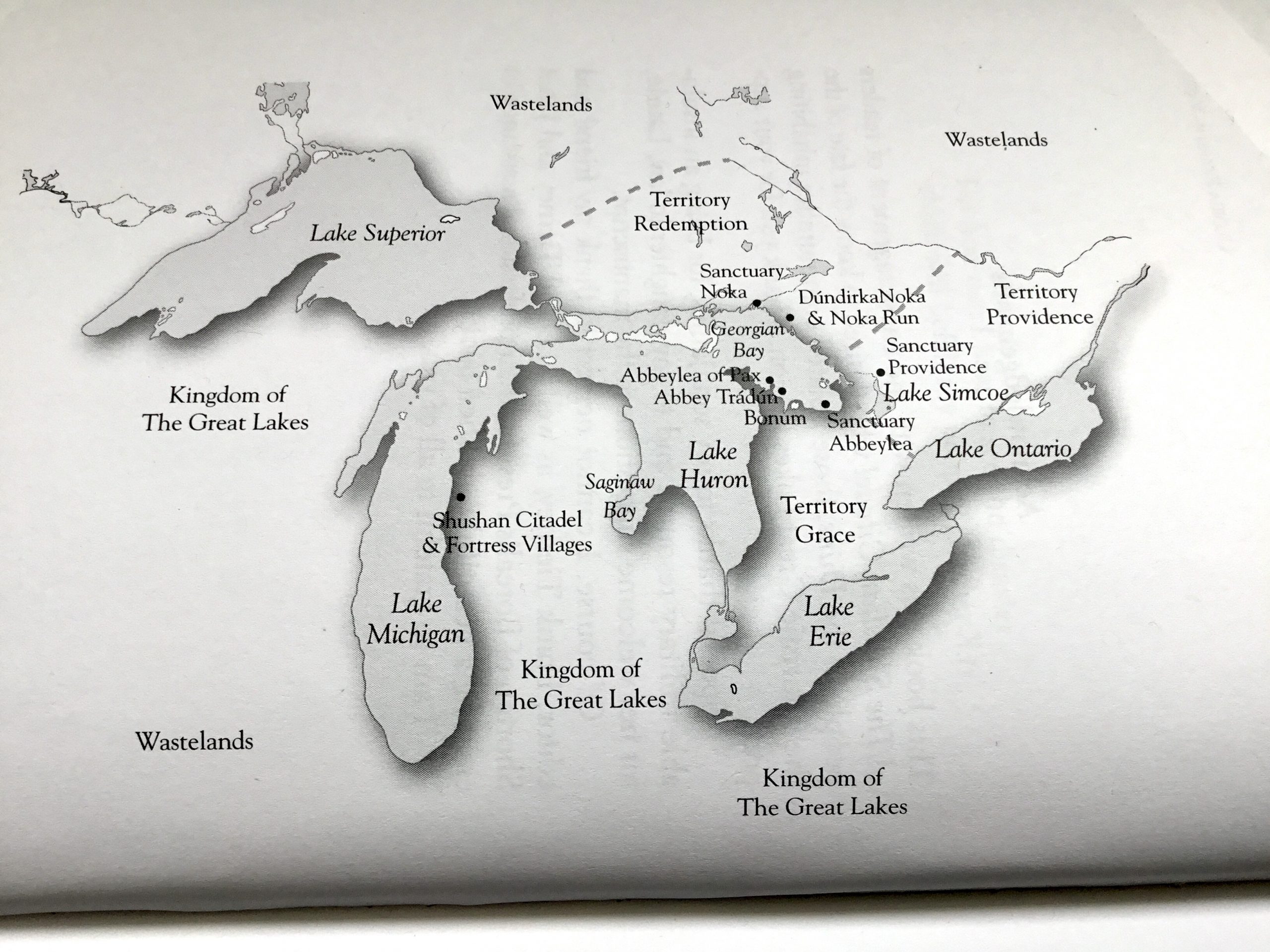 In the book, the sole survivors of a global disaster exist in three underground cities in the Great Lakes Region: DúndirkaNoka, a First Nations complex, Abbey Trádún, an island monastery, and Shushan, headquarters of a communications corporation. (Pronunciations: Doon-dirka-Nōka, Tra-doon, Shoo-shawn)

For months they wait for the suffocating dust to clear and the sun to thaw the frozen planet. Then cautiously they emerge to survey their barren surroundings. Inhabitants of the Indigenous and monastic cities are hopeful that, together with Shushan, they can create a new, peaceable world. 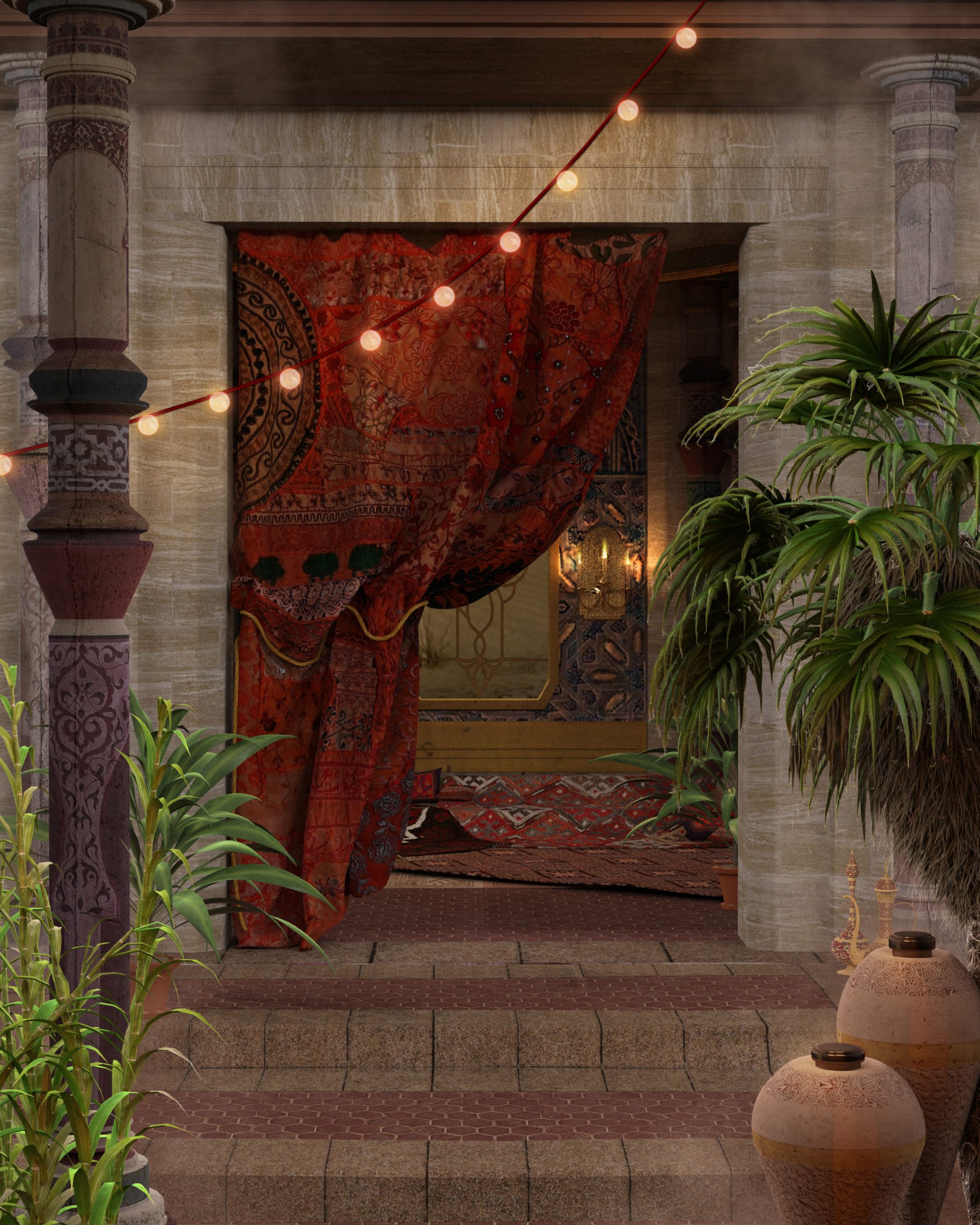 But at Shushan, the narcissistic CEO of ShushaCom, has different goals. Lacking the critical resources of plant and animal life nurtured by Noka and the Abbey, General Haz, as he likes to be called, plots to absorb these cities into his kingdom.

Among his ‘subjects’, are students attending Shushan University at the time of the Devastation and tourists stranded at his amazing theme park, Shusha World.

Increasingly delusional, General Haz immerses himself into the Book of Esther, builds a citadel and marries Mohawk student, Trillium, changing her name to Lady Vashti in keeping with the biblical script. 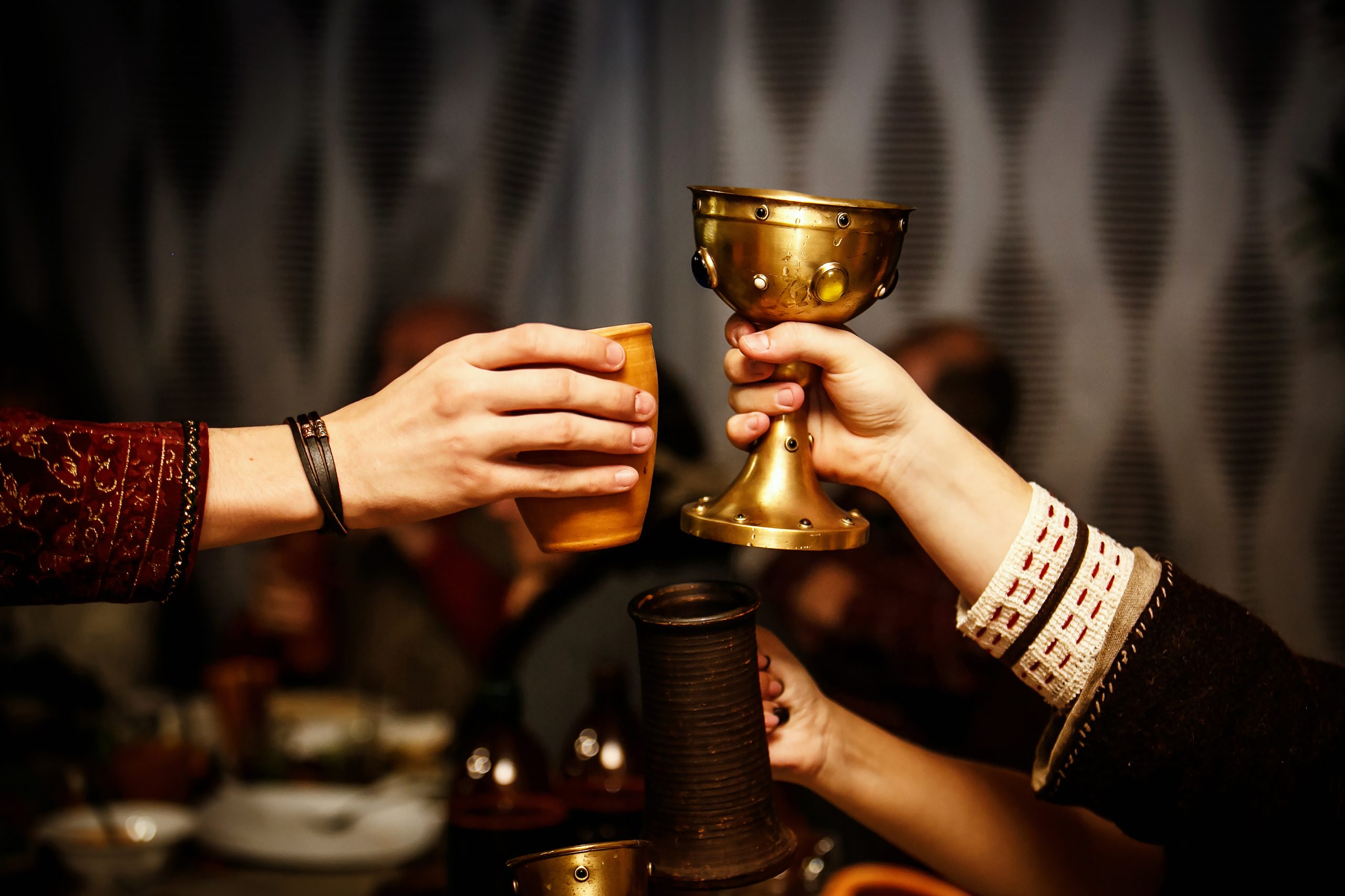 Let us raise a cup!

In the third year of his reign, General Haz throws a lavish feast for the region. Plotting to confiscate their resources, he invites Abbey and Indigenous leaders to impress them with his greatness. Towards the end of the celebrations (again, in line with The Book of Esther), he summons Lady Vashti to dance for his guests wearing only her tiara.

Humiliated, she refuses. Then fearing her husband’s wrath, she flees to DúndirkaNoka with the assistance of Abbess Brigid, medicine woman, Dancing Crane, and a warrior known as the Chameleon. Needless to say, the enraged tyrant sets out to find and return his errant wife. 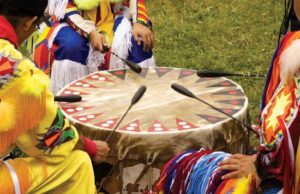 When Dragonflies from the citadel fly over DúndirkaNoka, pilots observe a model of indigenous life before white settlers arrived. Conical birch bark tipis, domed wigwams, and summer lodges encircle a large central manor. Lodge coverings made from moose or deer hides, bark or brush, are arranged over a conical framework of poles. Stacked near the summer lodge are several Algonquian birchbark canoes. There are also winter lodges, semi-subterranean, wood framed, earth-covered dwellings capable of providing warmth under most extreme conditions. Propped against a winter shelter are snowshoes, toboggans, and dogsleds. 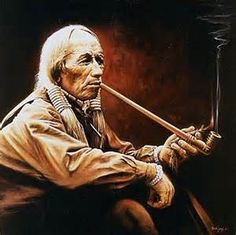 Commonly called Noka, which means Bear in Algonquian language, the settlement had been an internationally recognized centre for preservation of indigenous language, culture and spirituality. Prior to the Desolation, students came from near and far to spend a week or two living above ground in the wigwam community. Invited medical personnel made annual retreats to prepare for the initiation ceremonies of first, second, third and fourth order of Midewewin, medicine man or woman.

At the entrance of the manor’s long lane are two stone bears, one threateningly upright with fierce eyes and an open mouth exposing vicious teeth. The second bear is on all fours, its gaze focused and still, its nose raised searchingly. Within the manor is a central great hall, pine walls reaching to a lofty ceiling constructed like an inverted canoe.  The hall is surrounded on three sides with service rooms on lower level and bedrooms on the upper. The lower level contains learning rooms, a spirit room, eatery, food storage and preparation rooms. Circular stairs rise from two sides of the lower level to an upper balcony fronting bedrooms and overlooking the great hall.

Noka’s subterranean centre is accessible only to First Nations people and a few non-natives who have earned honorary membership. Here there are magnificent biology facilities and university dedicated to agriculture, herbology, veterinary medicine and fine arts. Every known species of Great Lakes plant, animal, insect and aquatic life is represented in huge subterranean conservatories and farms.

DúndirkaNoka and Abbey Trádún are physically linked by an advanced land-water-land navigation system. Lurking in subterranean hangars, spherical vehicles known as Waterbugs speed without detection beneath the waters of Georgian Bay and thence through tunnels connected to the underground cities. When a Bug emerges from water on either side of the bay, it extends legs, enabling it to scale the embankment leading to a tunnel mouth.

Even more maneuverable and deadly than Waterbugs are the Airbullets, prudently inactive since the Devastation. Housed in hangars adjacent to the Bugs, at both Noka and the abbey, the Bullets wait expectantly, hidden from Shushan spies and the Citadel’s fierce Dragonflies which routinely scout the Great Lakes area. Tiny solar and wind-powered spying “insects” complement the older Waterbugs and Airbullets.

After a quick review, I feel relieved that I’d shown respect (in a sci-fi way) to my Indigenous friends through my research and writing of The Shushan Citadel. If the book goes into reprint, I will update the word ‘Aboriginal’ to the current acceptable name, ‘Indigenous’.

As are all Canadians, I am saddened and sickened by the ignorance, disrespect and abuse inflicted upon our First Nations people by colonialism. Hopefully, we are now ready to step forward together on a brighter, more enlightened path.

I welcome your feedback on this topic.