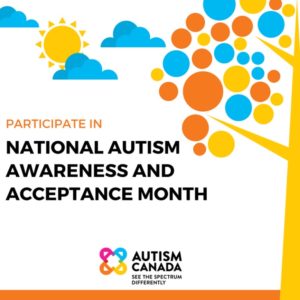 Enigma Club (Borealis Press) engenders a greater understanding of Autism because two of the characters in the book are on the Autism spectrum and Gloria Pearson-Vasey offer’s deep insights into the characters’ joys and frustrations from a place of understanding. She has the personal experience of raising a son with Autism Disorder.

As part of a series, Enigma Club continues the story which began in the novel The Belvedere. It gradually introduces you to the story of high school students in the small town of Coltsfoot. People in the community are struggling to deal with a recent wave of crimes which Police believe connect a drug problem in the high school to a series of home invasions, thefts, and even a murder. We are first introduced to the Mallorys of Stone Gate, including their twin sons Emmanuel and Noel. The Mallorys are hosting Mabel Stuart, one of the people most deeply affected by the recent crimes.

The Stuart’s house lay less than two kilometres down the road from Stone Gate’s wrought iron fence and stone portals. But after a terrifying home invasion, Mabel Stuart had been invited to recuperate at the Mallory cottage. While his wife convalesced, Alexander divided his time between the cottage and his empty home.

A tension has developed between Mabel and her husband, Alexander, because the retired newspaper man had accepted a teaching post at the local high school. In addition to teaching a writing class, he is to take over the home room of the very teacher who met with a sudden and mysterious death.

Enigma Club is the name of a writing group that grows out of a journaling assignment from Alexander Stuart’s writing class. Several of the students take up the task of assisting in the murder investigation of Alice Keppel, their former teacher, while puzzling over the killing of Alexander and Mabel Stuart’s dog and a series of household break-ins.

The official explanation that has been given to the students about Mrs. Keppel’s death is that she tripped and fell down the school’s basement stairs. Yet, several students wonder if there isn’t more to the story. Little do they know that the police are actually using an under-cover investigation at the high school to search for a connection between all of the crimes. 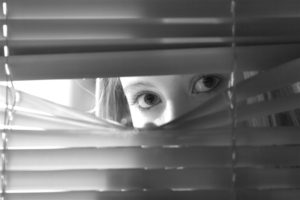 Pearson-Vasey has packed all kinds of drama into a novel that explores the inter-relationship of students in Alexander Stuart’s small class, which includes a set of twins, a student who is classically Autistic (Autism Disorder) and needs a computer with a speech program to communicate, another student with Asperger syndrome, and a student who was raised by her grandparents after the death of her parents. Stuart gives his writing class an assignment that spurs the eight students to explore their relationship to their family. In the process, they uncover a series of facts and personal goals that help them to bond, even as they inspire the revelation of several well-kept secrets.

“So why are we doing the journaling, Mr. Stuart?” asked Margaret.

“You tell me.” Alexander challenged the class.

“To practice the art of journaling.”

“For the satisfaction of putting our thoughts on paper.”

“To hone our writing skills.”

“To get fodder for our possible novel.”

“To expose our dysfunctional families.”

“To reveal the darker issues in our lives.”

“Sounds like you have a good grasp of it,” said Alexander dryly. The English teacher was as yet unaware of the darker issues that would be revealed in the November journals.

This small town drama involves the developing awareness of their teacher, Alexander Stuart, and several parents in the community, thereby assisting the teenagers in achieving their personal goals. There are many life lessons wrapped up in this story, including ways to understand the children who struggle with Asperger’s syndrome or full-blown Autism. Pearson-Vasey has a knack for describing the experiences of a person on the Autism spectrum. However, she describes the inner life of all of the students equally. In this story, all of the teenagers are fraught with angst over things that their parents take for granted.

The mystery surrounding Alice Keppel’s death, the home invasions and drug use at the high school are all explored and solved by the Enigma Club and the Police. The students soon learn that opening up to share their trepidations with others allows them to dream of even greater achievements in their own lives.

But that story is not the only reason for reading this mystery. Gloria Pearson-Vasey is the founder of St. Francis Advocates, serving the autistic community in southwestern Ontario. Pearson-Vasey has a background in psychology and an open and easy-going style in her writing that she uses together to assist the reader in understanding complex issues, such as the different levels of frustration experienced by people with autism… especially when they are talked about in third person, as if they were not present.

More importantly, the story helps one who is unaware of autism to understand that there are a series of ritualistic behaviours, such as hand-waving or rocking back and forth, used by those with autism to calm themselves. Those behaviours do not in any way reflect their level of intelligence. In fact, the main point often seems to be that those who are autistic are over-whelmed by their own responses in social situations. No wonder, then, that Caitlin Lieury says in her journal:

I need someone like Helen Keller’s Anne Sullivan to be with me all my life in order to allow my intellect and spirit to soar.